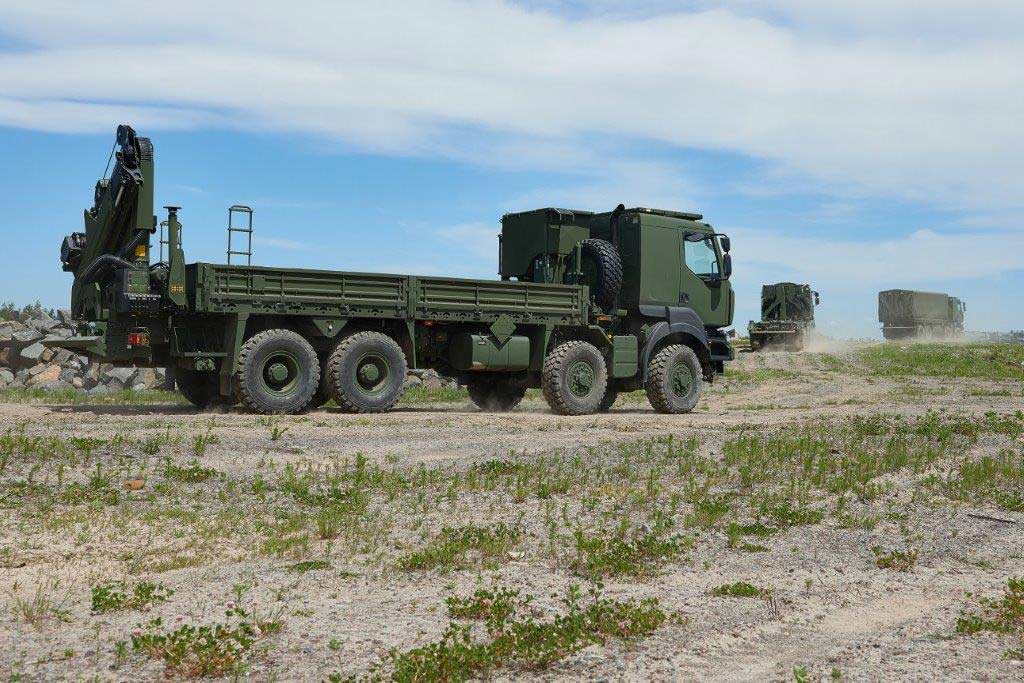 Marshall, which has been established in Canada since 1999, has designed four variants of loadbeds to be fitted to more than 800 of the 1500 vehicles on order from Mack Defense. These include the cargo, cargo and crane, gun towing and repair truck variants.

“In support of Canada’s defence policy, Strong Secure, Engaged, Mack Defense along with Marshall Aerospace and Defence Group and all our other key suppliers are proud to deliver the MSVS SMP trucks to the women and men of the Canadian Armed Forces. Logistics vehicles like these trucks are used to move critical equipment, personnel and supplies and form the backbone of ground transportation capability of the Canadian Forces fulfilling a critical capability need at an important time for our customer,”
said David Hartzell Sr, President, Mack Defense LLC.

“Marshall has professionally managed the production of the load beds and ancillary equipment which has supported Mack Defense ability to deliver the vehicles to the Canadian Armed Forces,”
added Mr Hartzell.

The Volvo Group, which includes Mack Defense and Arquus, formerly Renault Trucks Defense, was awarded, in 2015, a contract on behalf of the Department of National Defense, to deliver more than 1500 8x8 trucks for the Medium Support Vehicle System (MSVS) Standard Military Pattern (SMP) Program. In 2016 Mack Defense selected Marshall to provide the loadbeds and ancillary equipment.

“Our proven capability in designing vehicle components for defence forces across the globe, our project management abilities and our supply chain management skills, including Marshall Aerospace Canada Inc selecting leading Canadian companies to support us, were integral parts of achieving success in winning and delivering on this contract,”
said Alistair McPhee, Chief Executive of Marshall Aerospace and Defence Group.

“Production of the loadbeds, which is being done with our partners in Canada, has increased and is sustaining jobs in Canada,”
added Mr McPhee.

Trials of the loadbeds, to prove their integrity, were completed during 2017 and passed the assessment, fully meeting the requirements. Production of the loadbeds and ancillary equipment started in late 2017 and final delivery will be during 2020.

The Mack Defense Kerax 8x8 is a rigid logistic or tactical truck available with or without an armoured cab and self-defence weapon system. The twin steer front axles provide a tight turning radius and high performance with superior ride quality.