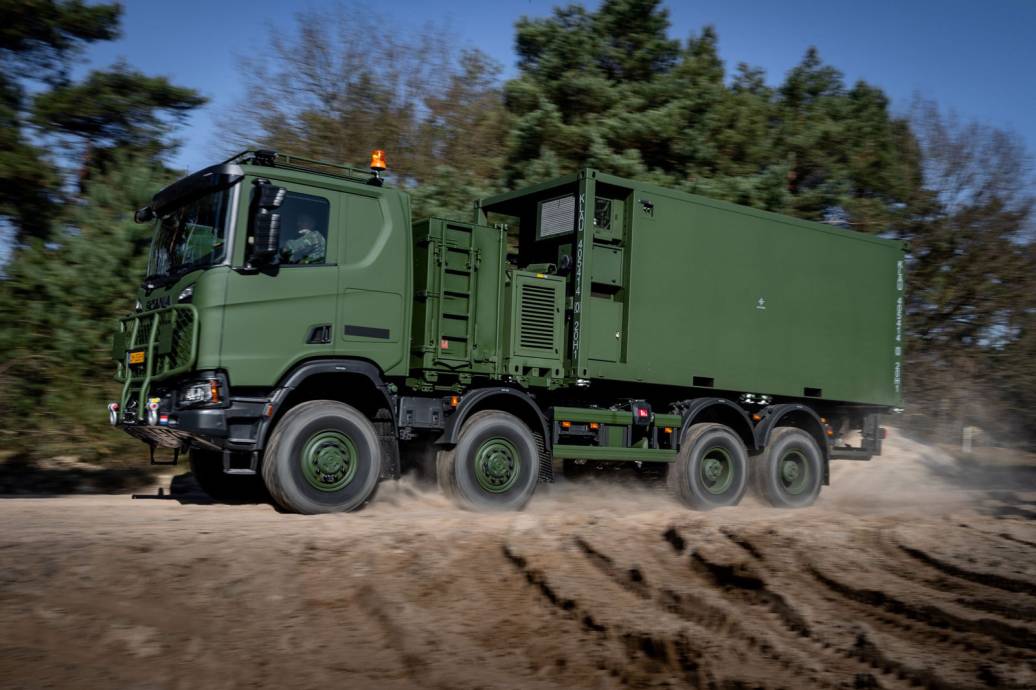 The first B1-W1-X1 Workshop container system manufactured by Marshall Aerospace and Defence Group (MADG) has now been integrated with the brand new Scania ‘Gryphus’ vehicles after being delivered in July last year to the Dutch Armed Forces.

The new Scania ‘Gryphus’ vehicles are replacing the well-known DAF trucks as part of the Dutch Defensiebrede Vervanging Operationele Wielvoertuigen (DVOW) programme, to update the Dutch Armed Forces with new vehicles, containers and support equipment. With more than 2,800 vehicle and container systems to replace in the military inventory, the delivery programme has a few years to run.

MADG is supplying more than 1,600 deployable container systems for the programme with many of the features specifically designed to be operated efficiently and safely, with the containers permanently mounted on the new vehicles and with a platform system fitted at the rear to support ingress/egress. 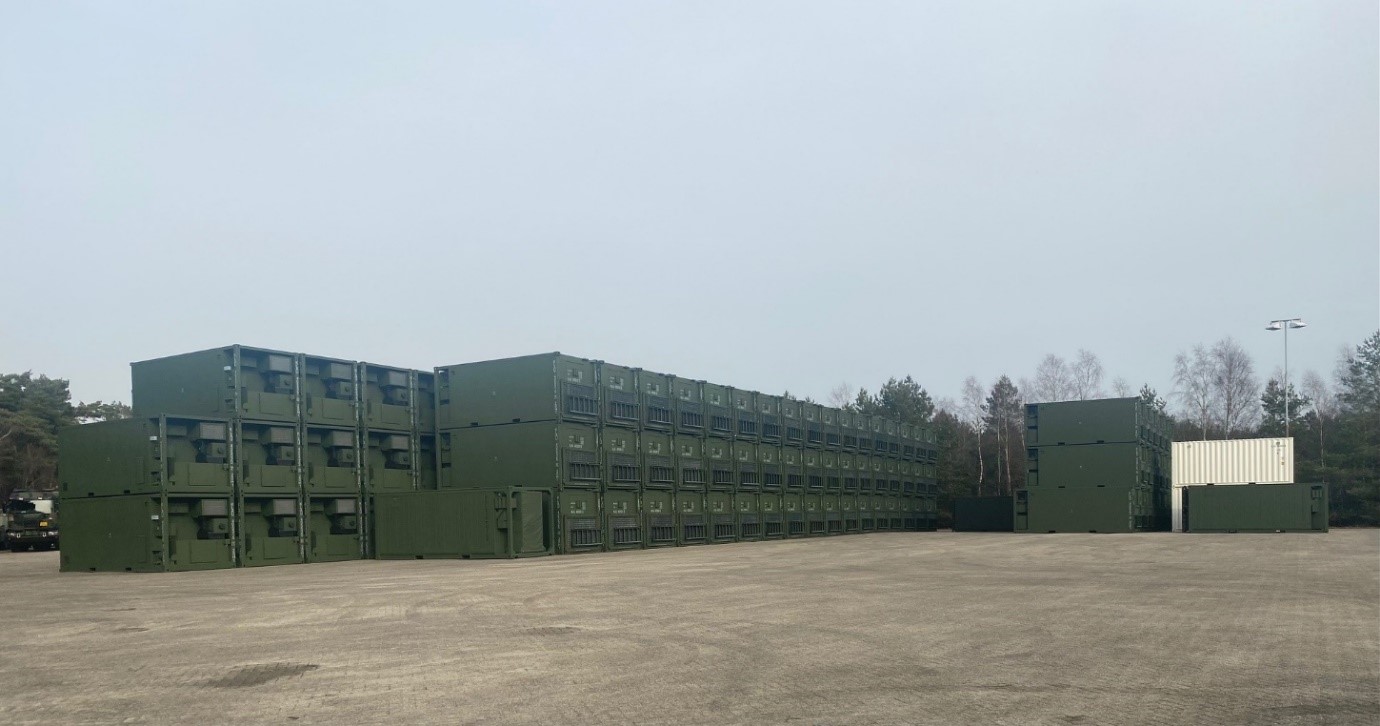 The Dutch military units will receive their new Scania trucks in various configurations, with the high operational vehicles specifically in an 8×8 wheeled format mounted with the new container system. The majority of the new trucks are 8×8 wheeled configuration (High Operational 100kN), with the remainder of them a combination of 6×6 (Low Operational 100kN) and 4×4 wheeled (50kN) versions procured for other requirements such as basic cargo carriage.

“It’s vital for us to ensure our customers receive the quality equipment they need to fulfil their commitments and we’re tremendously proud of how our teams have risen to the challenge. With two sub-variant types of the B1 workshops now delivered we’re right on track to deliver the 500th DVOW unit in May this year.”