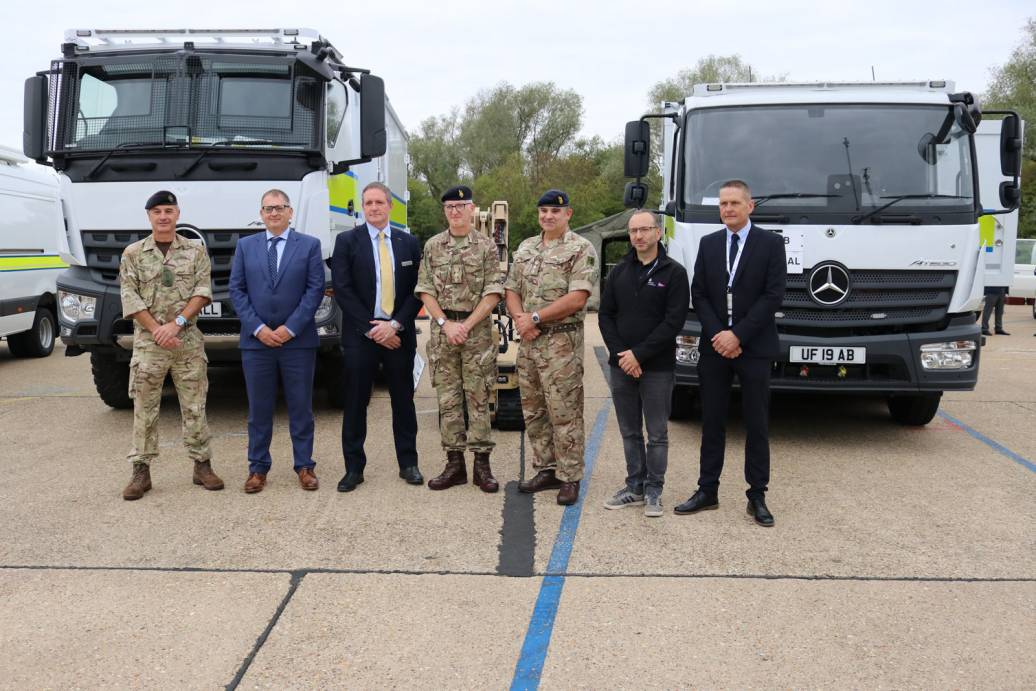 Marshall Land Systems has successfully achieved a significant milestone in its contract to supply the UK Ministry of Defence (MoD) by delivering the first 10 of 120 specialist military vehicles.

The new Explosive Ordnance Disposal (EOD) and electronic countermeasure (ECM) vehicles will be based throughout the UK, Northern Ireland, Cyprus, and Gibraltar. In total, eight vehicle variants will be produced to cover all operational situations.

The specialist vehicles will also enhance the British Army’s capability incorporating the latest technologies onto a more reliable vehicle platform.

Following extensive consultations with the soldiers who will be using the new bomb disposal vehicle, its Initial Operating Capability (IOC) was announced this week by the MoD. 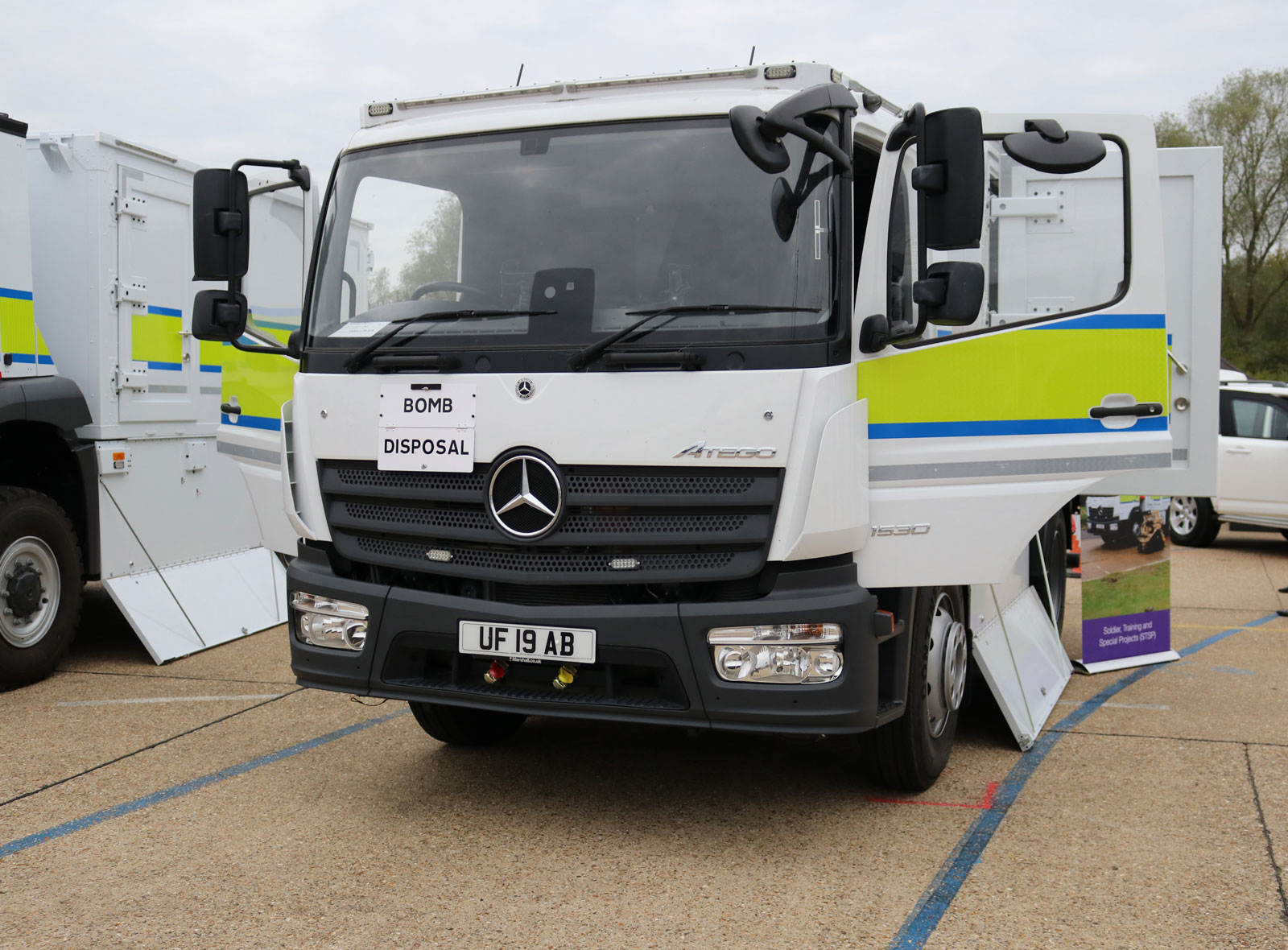 The vehicle is the final addition to the MoD’s GASKET 3 fleet programme, part of a £60 million project that sees a range of 300 new vehicles from first response vehicles to a new 4x4 medium scale vehicle.

The MoD contract is focused on the development, prototyping, testing, and production of 120 vehicles to replace its aging Wedgewood MoD vehicle fleet.

“The new GASKET vehicle is great, a massive improvement on our current vehicle. We did notice our Vehicle-Borne IED disruptor could be in a better place for quick access and our suggestions were included in the final design.”

“During trials we found the provided rain cover was a little complex and time consuming to put up. I’ve been assessing the new design from Marshall Land Systems, and it has really improved. It’s great that user feedback has made an actual difference.”

This is a significant milestone for both Marshall Land Systems and its customer – the MoD’s Defence Equipment & Support (DE&S), which equips and supports the UK’s armed forces.

Each vehicle has undergone a major trials programme which includes the vehicles being tested by the end-users in realistic scenarios.

Reaching this first milestone has been a remarkable achievement given that the vehicles’ development and prototyping phases occurred during the duel challenges of Covid-19 and the ongoing global supply chain crisis.

“This programme has not been a straightforward one for us, made even more difficult by the disruption caused by Covid-19 and the conflict in Ukraine. Reaching this point has taken incredibly hard work from a large number of people, and I would like to say thank you to them. We should all take pride in helping enhance a critical UK capability." 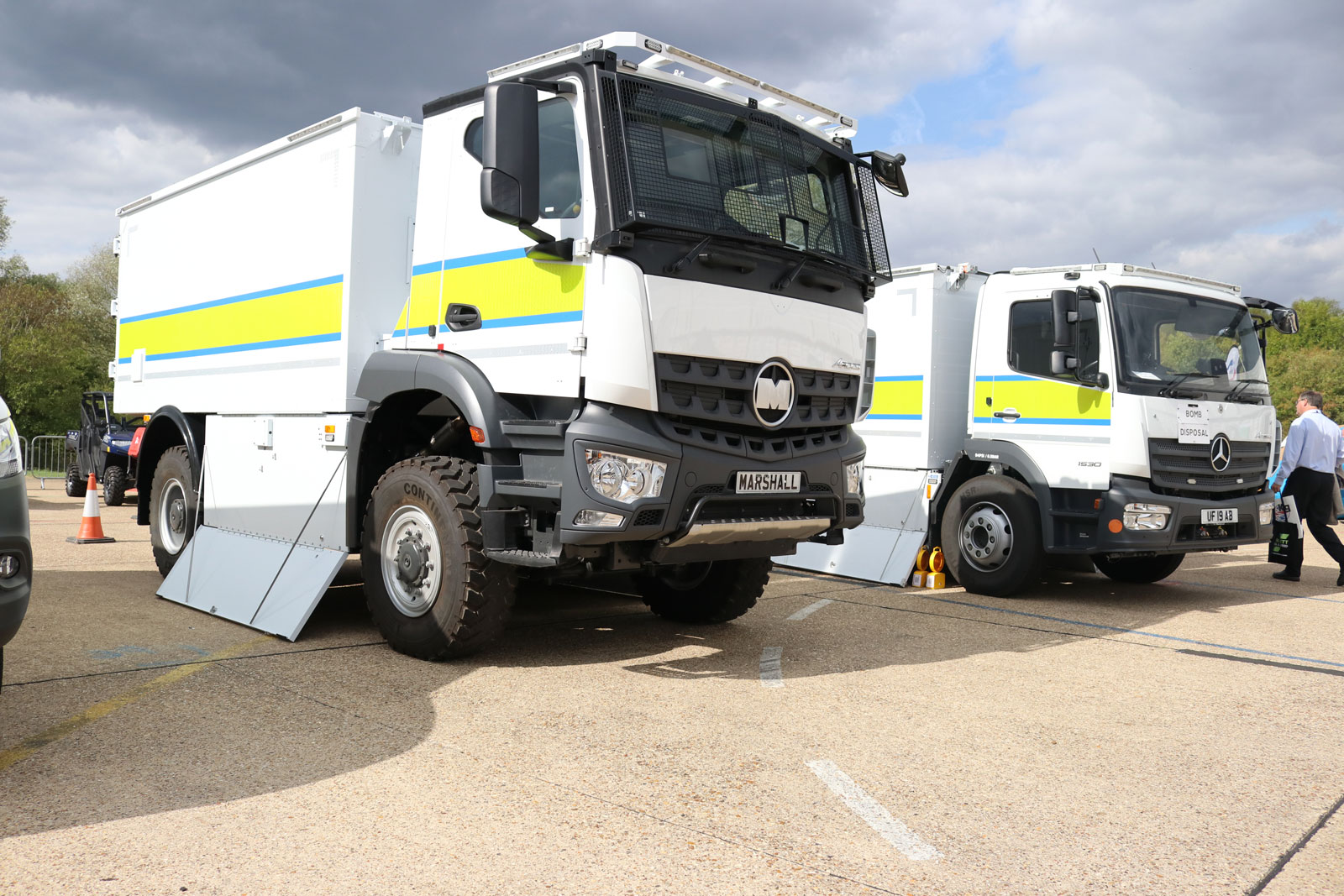