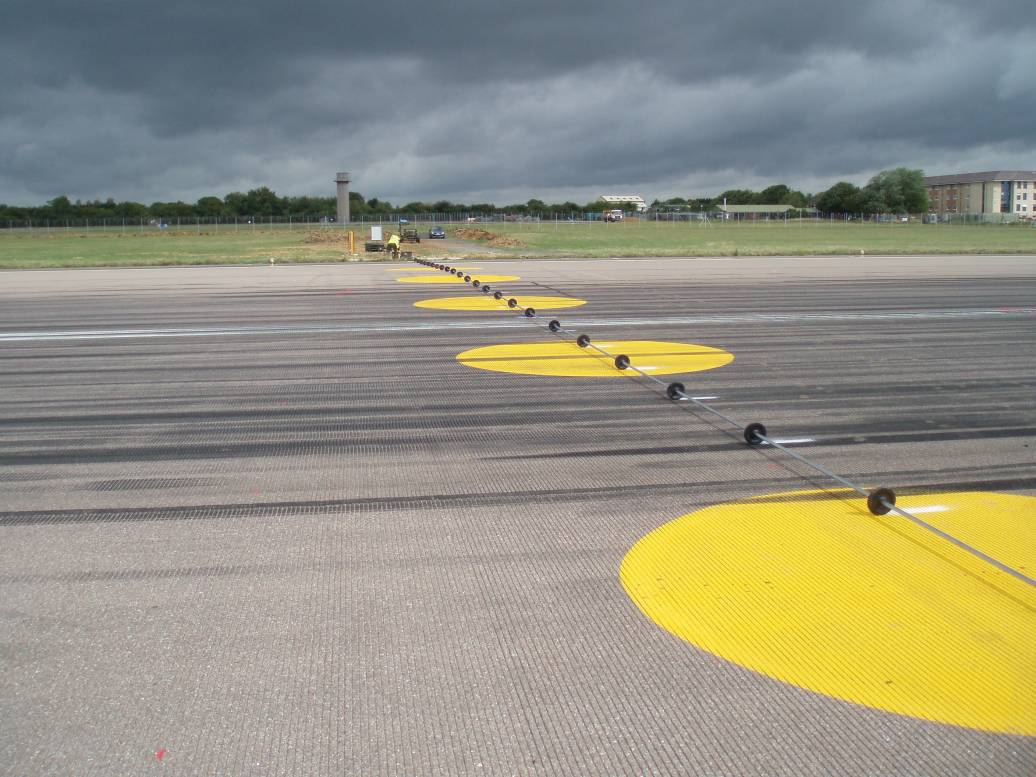 The Royal Air Force is renewing its support contracts for fixed and deployable emergency arrestor gear on its military airfields around the world. Under the first of two 10 year contracts awarded to Marshall Aerospace and Defence Group, the company will be continuing a 40 year history of providing maintenance for the fixed Rotary Hydraulic Arrestor Gear (RHAG) and Engineering Support for RHAG and the Portable Aircraft Arrestor Gear (PAAG). Additionally, the new contract’s scope includes the maintenance support for the PAAG systems.

Under a separate competitively won contract, Marshall will be providing maintenance and engineering support for the Arrestor Barrier Net Systems. This equipment is a new addition to the Marshall arrestor gear systems support portfolio.

“Our deep understanding of the requirement and close relationship with the customer played a major part in this multi million pound success,” said Steve Fitz-Gerald, Chief Executive of Marshall Aerospace and Defence Group. “The RHAG and PAAG contract is one of our first Qualifying Defence Contracts under the recent Defence Reform Act 2014. Negotiating the contract under the new regulations was a steep, but rewarding, learning curve which will stand us in good stead for the future. The Barrier Net maintenance contract was won competitively with a comprehensive and cost effective proposal. I am very proud of the team that put these successful contracts together for Marshall.”

The RHAG/PAAG systems operate in a similar way to the arrestor gear seen on an aircraft carrier. In the event of an emergency a steel wire cable is positioned across the runway and the hook fitted to Typhoon and Tornado aircraft is lowered by the pilot as the aircraft comes into land. On landing the hook catches on the cable and the system slows the aircraft down from the 120 knots it is likely to be doing on landing to a safe stop.

The RHAG system consists of two horizontal drum wound tapes which tension the steel cable. Each drum drives a shaft fitted with paddles suspended in fluid whose viscosity reacts against the paddles when the cable is caught by the landing aircraft.

The PAAG system consists of two vertical drum wound belts which are slowed by four multi disc brakes. They can be installed at short notice anywhere the RAF deploys aircraft. The PAAG systems will be stored at Marshall’s Cambridge facility and deployed as the customer requires, for example at the Royal International Air Tattoo, or RIAT, held annually at RAF Fairford. RHAG/PAAG can be operational in less than 15 minutes once set up.

The Net Barrier system is installed at the end of the runway to stop aircraft such as the Hawk trainer which does not have an arrestor hook.

Marshall won its first contract to support RHAG over 40 years ago and 15 years ago was awarded the contract to provide on-airfield support. These new contracts will continue and expand on this work which involves the company providing base maintenance and replacing the critical items on-airfield which have an in-service life of five years.